The First Marching Band of American Fork High School
by Daniel K Adams, son of Gwen Richan, first Drum Major
Kenneth James Bird, known as K. J. Bird, came to American Fork in 1923 and taught music at  the American Fork High School. He taught all music classes, Orchestra, Band and Vocal. Mr.  Bird was successful to not only teach the technicalities but also the beauty and inspiration of  music to young people. In 1935 he organized the first marching band of American Fork High  School. Mr. Bird purchased uniforms and he asked one of his Senior Orchestra students, Gwen  Richan to be the first Drum Major. Gwen played the violin in the Orchestra and played the piano  in the Glee Club. The first band had about 45 members and they began marching in parades in  Utah. The first uniforms were all white with white shoes and a red cap and cape. This is a  picture of the 1936 Marching Band in the American Fork Poultry Day Parade (forerunner of  Steel Days Parade) Notice the dirt road on main street. 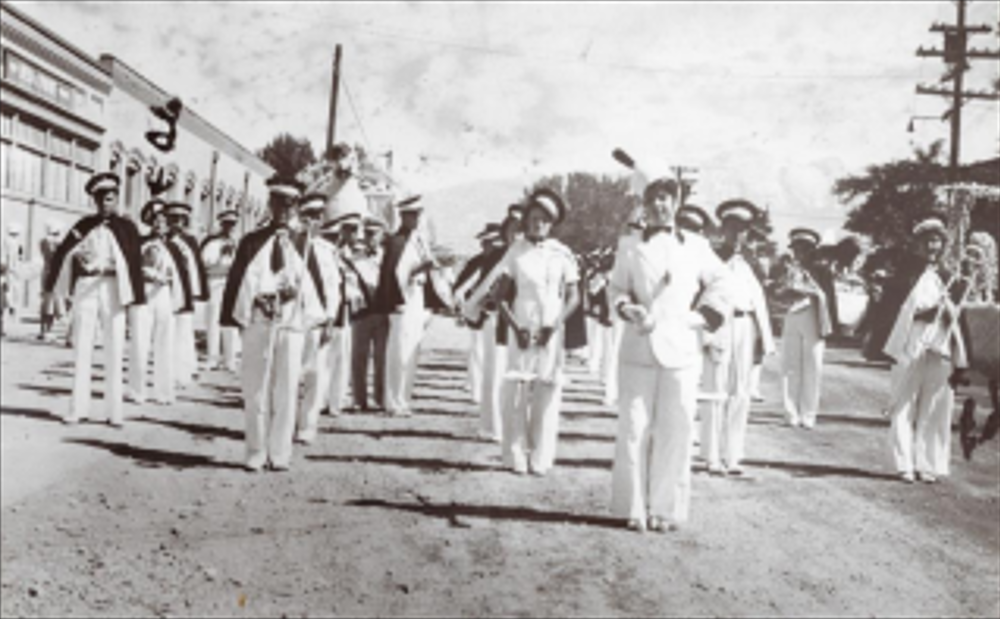 Pictured below is the 1937 Marching Band​ 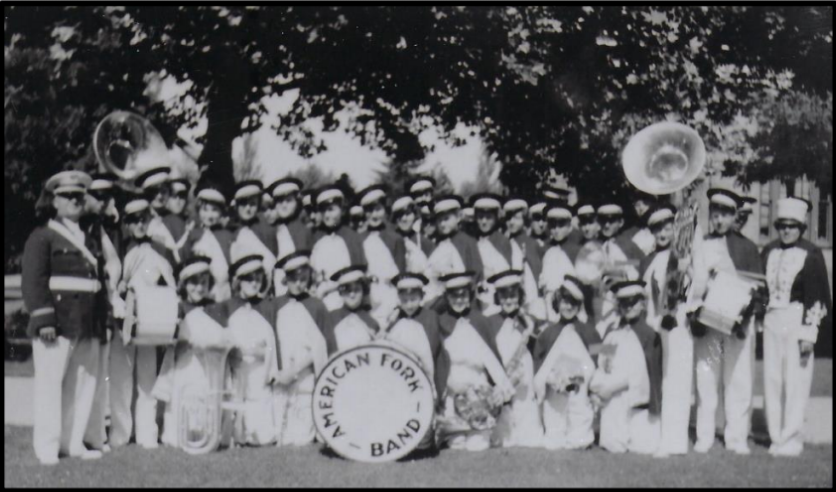 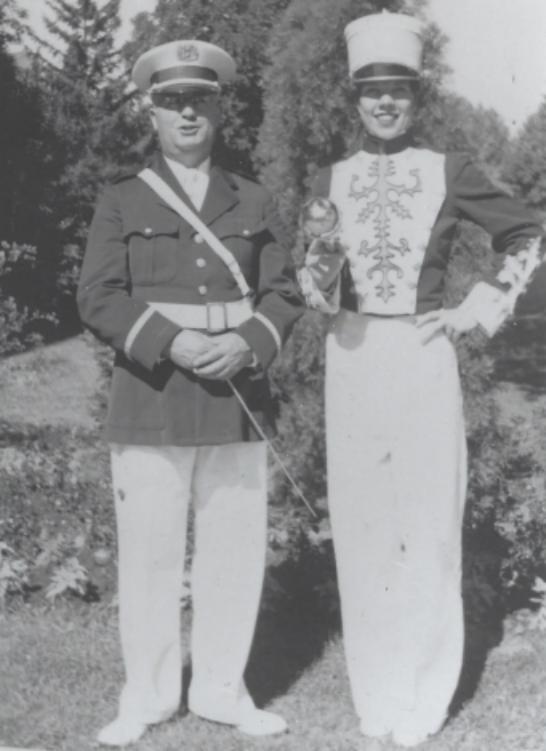