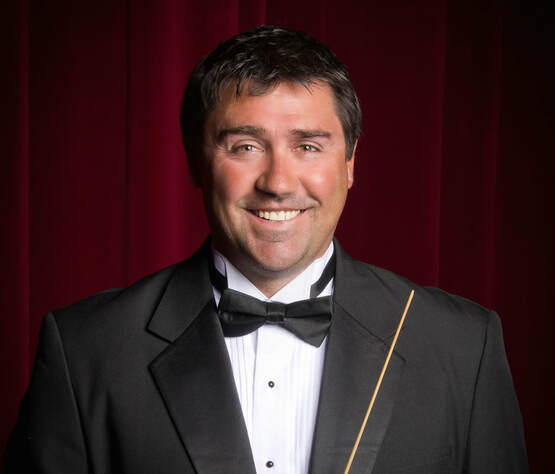 Dana is a graduate of the University of Kentucky, where he studied under James B. Campbell and received his bachelor’s degree in Music Education.  Dana was also a member of the World Champion Cavaliers Drum and Bugle Corps from 1992 to 1995 and was the snare tech in 1997.  He spent the last 7 years as an active as a freelance teacher/performer/arranger in the metropolitan Denver area where he was the percussion instructor and arranger for Cherry Creek High School and Legacy High School. During his time at Legacy High School, the program was awarded nine state championships; three with the Rocky Mountain Percussion Association in Open Class, and six in a row with the Colorado Bandmasters Association in 5A Marching Band.  During the same time, the Cherry Creek Percussion ensemble was consistently a World Class finalist and the marching band was a four-time 5A finalist. Dana has appeared as a guest clinician and adjudicator many times throughout his career in percussion.  Middle School band is also no stranger to him as he spent three years as the Director of Sheridan Middle School in Colorado.  Dana is an Innovative Percussion artist and is very excited to take on the percussion position at American Fork.  He is looking forward to the challenge of bringing this percussion program to new and even greater success!