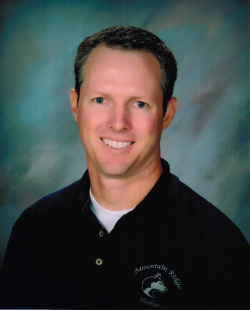 Richard Bateman received his Bachelor’s Degree in Music Education from Brigham Young University and his Masters Degree in Instructional Technology from Utah State University. While at BYU, he was a drum major for the Cougar Marching Band, played lead trumpet for both the Symphonic Band and Wind Symphony, performed in the Philharmonic Orchestra, Chamber Orchestra, Cougar Marching Band and Pep Band. In high school, he was All-State in both band and orchestra and received the John Philip Sousa Award.

From 1996-2006, Mr. Bateman was the Director of Bands and Orchestra at Snow Canyon Middle School in St. George, Utah where he taught Concert Band, Symphonic Band, Orchestra, Jazz Band, Marching Band, Percussion, Guitar and was the Color Guard Advisor. Approximately 450 Students were enrolled in the band, orchestra and guitar programs which received 1st Place Honors and Superior Ratings at various festivals and competitions. In 2002, he was named Snow Canyon Middle School’s Teacher of the Year. While completing his Master’s Degree, Mr. Bateman was selected as the USU M. Ed. Scholar of the Year and graduated Magna Cum Laude. Mr. Bateman is a member of the Utah Music Educator’s Association (UMEA), National Association for Music Educators (NAfME), the National Band Association (NBA) and the Percussive Arts Society (PAS). He has been published in both the Utah and Maryland Music Educator's Journals.

Mr. Bateman became the Director of Bands at Mountain Ridge Junior High in 2006 where he has taken the Symphonic Band to the Junior High State Band Festival each year and has continued the tradition of excellence found at MRJH. The Mountain Ridge Symphonic Band is among only three bands to have been selected for the State Jr. High Band Festival every year since it began and its Jazz Ensembles have consistently placed or won the Peaks Jazz Festival. In 2012, Mr. Bateman was named the Outstanding Junior High Music Educator by the Utah Music Educator’s Association, the MRJH Teacher of the Year and the Lone Peak Cluster Teacher of the Year. From 2012-14 he served as the UMEA Vice President over Junior High Music.

Mr. Bateman is also the Assistant Director for the Lone Peak and American Fork High School Marching  Bands. As an assistant, he's helped both programs to state titles in their divisions and has helped the American Fork Marching band to five BOA Western Divisional Titles and three BOA National Semi-Finals appearances. When marching band season is not is session, Mr. Bateman can be found teaching elementary band at Deerfield Elementary.

Mr. Bateman and his wife, Tonna, have two boys. Band has become a fun and exciting adventure for the Bateman family and Mr. Bateman often refers to Band as his "hobby." Mr. Bateman believes that band can play an important part in preparing students to be successful in the future by helping them develop self-esteem, good communication skills, creative thinking, discipline, and teamwork—all important skills for life and the workplace.