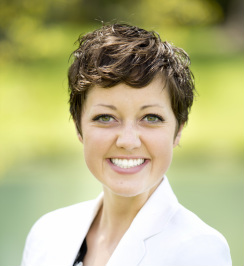 Originally from Folsom, California, Courtney is the youngest of four children and the only to pursue music as a career. She is in her fourteenth year of playing and performing the clarinet, but additionally became a self-taught tuba player in high school because of a shortage of sousaphone players in the school’s marching band. A graduate of Davis High School, Courtney enjoyed marching sousaphone for three years in her high school marching band and another two years in the BYU Marching Band.

While at Brigham Young University, she was honored to participate in the Wind Symphony, touring to Asia in 2009 as well as performing with the BYU Philharmonic Orchestra in the 100-year anniversary performance of Stravinsky’s Rite of Spring.

She is currently a senior studying instrumental music education at BYU and enjoys hiking, running, having jam sessions with friends and attending BYU football games.