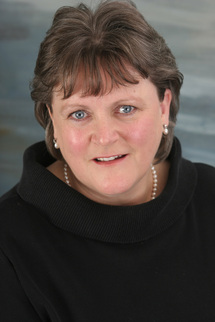 Anne started to play the piano at the age of eight and the violin at age eleven.  She discovered the cornet at age fifteen and immediately fell in love with the instrument.

Anne is an accomplished trumpet/cornet player and has played in many symphony/chamber orchestras, and high-level British brass bands. She is a founding member of Utah Premiere Brass.  She is a currently a member of the Utah Wind Symphony and “Gabriel” Trumpet Ensemble.

As an educator, Anne has taught in high schools and elementary schools for thirty three years. She worked as an elementary school principal for five years before moving to the USA. Her academic credentials include a B.Ed. (with honors) in music and education, and a Certificate in Education from Leeds University. Anne also holds a Licentiate Diploma from Trinity College of Music (London) in trumpet teaching and performance.

The Boyer family moved to Utah from the United Kingdom in April 1998.  Anne’s husband, Alan, and son, James, are also musicians.  James was Drum Major for American Fork Marching Band for two years.

Anne has directed the American Fork Elementary Band program for more than 10 years.  In August 2012 she became a member of the team at American Fork Junior High School serving as Assistant Director of Bands.