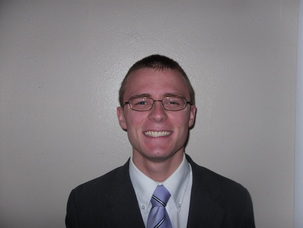 My name is Andrew Jensen. I started my music career in fourth grade in Elementary Band playing the trumpet. I played trumpet in various groups, such as Cresent Music's Swing Kids and Little Big Band. In eighth grade I  was encouraged by Mr. Arnold to switched to French Horn and have continued playing since. In ninth grade I had the honor of playing at MENC with the Jr. Highs Wind Ensemble. I played in the AF Marching Band for four years. I served two years as Mellophone Section Leader and one year as Brass Captain.  I have played at State Solo/Ensemble multiple times. I played in the Wind Symphony all three years of my High School experience.  I also played with the Orchestra  three years when winds were needed, as well as with the Drama department when they presented "Les Miserables".  I have also served as a tutor in the Elementary Band under Anne Boyer. Throughout my entire music experience I have taken private lessons from several different educators.