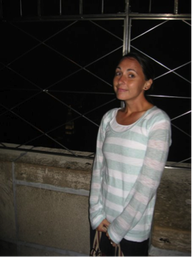 Tiffany Miller has been the color guard director at American Fork for the past 11 years. She is also an AFHS alumni, where she was a member of the color guard.

After high school, Tiffany was a member of the BYU Marching Band & Color Guard where she also was a choreographer. She started teaching the same year. She has taught at West Jordan, Jordan, Provo, Bountiful, and Mt. Crest High School. Her first year as a director at Mt. Crest, her winter guard took 1st place at state championships. She has also directed the BYU Color Guard.

During the past 11 years at American Fork, the color guard has been undefeated 8 years. The winter guard has gone from one guard to five with over 100 students. During her time as director, she has been to Grand Nationals 3 times, been to the Macy’s Day Parade and the 2005 Inaugural Parade, as well as the Rose Parade this past year. She loves teaching at American Fork and loves the members. She believes that they have made her a better person.

Tiffany has been married to Dusty for 8 years. They have 2 children – Jack, Bree and Myles. Besides her family, her favorite things are Diet Coke, the Atlanta Braves, and Disneyland.